Walking in Spanish forests, you can notice a huge amount of eucalyptus growing here. So how did this giant from Australia end up on the Iberian peninsular? The answer is simple, thanks to General Franco. Eucalyptus and Mediterranean pine were chosen by the general to dry out swamps, but in many cases, they were to replace already existent forests so as to obtain a big mass of wood for construction. 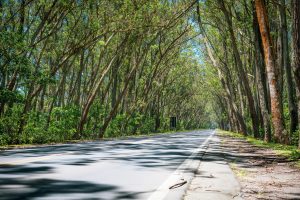 I shall remind you that General Franco came into power after the sanguinary Civil War, which took away thousands of lives and left the country destroyed. The plantation of eucalyptuses was part of the plan of the economic recovery of the country. Some historians, though, claim that the general was simple keen on the exotic giants.

Franco wasn’t the first one to introduce the tree in Spain. Before him, eucalyptus first appeared in Europe thanks to James Cook, and at the end of the nineteenth century, the Spanish missionary Fray Rosendo Salvado sent some seeds back to his home in Galicia. However, it was Franco who started planting eucalyptuses on an industrial scale. 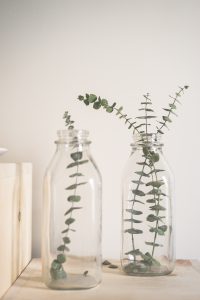 In total, Spanish eucalyptuses occupy the surface of half a million hectares. Almost half of them are in Andalucía, a third in Galicia, and the rest are spread between Extremadura and Cantabria. So nowadays, this Australian guest has become an integral part of Spanish landscapes, and walks along them have become popular among Spanish people and those visiting the kingdom as here you will find a distinctive fresh smell. 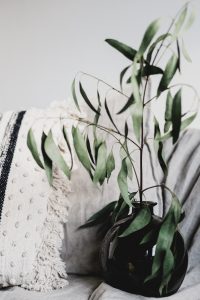 However, ecologists insist more and more on the need to reduce the plantation of eucalyptuses. You may have heard of the fires in Spain that happen almost every year. Their national scale is often linked to eucalyptuses, which dry out the territory surrounding them. Besides, these trees dominate the ecosystem around them, which of course doesn’t allow local Iberian flora to develop properly. On the other hand, eucalyptuses have a lot of potential for construction, and recent studies confirm that the trees may be useful for green energy.